Today we’re escaping for the weekend to my hometown of Canberra, Australia. I live in the national capital, population of just under four hundred thousand, in the Australian Capital Territory. Lake Burley Griffin is a man-made lake in the centre of Canberra.  We’re going to relax on an afternoon cruise around the lake, taking in the gorgeous scenery.

Telstra Tower, located on Black Mountain in the photo below, is one of the most prominent landmarks in Canberra. Situated on the western side of the central business district (CBD), it’s visible on the horizon from a large number of Canberra suburbs. 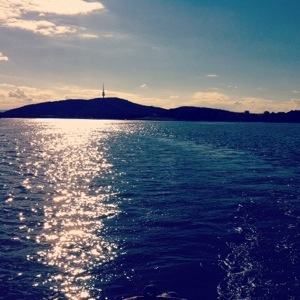 The Australian War Memorial is located on the northern side of the lake, to the east of the CBD. In the photo below, the War Memorial building is above the memorial plaque on the lake foreshore.

Canberra is known as the bush capital, and is the largest inland city in Australia. The city centre, pictured below, is low rise compared to many cities, and in keeping with the natural demography of the landscape. 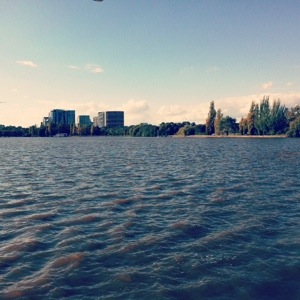 Canberra is surrounded by mountains to the west and south. Falling for the Farmer, The Nurse’s Perfect Match, and The Doctor’s Return are set in the South Western Slopes region of New South Wales. The Brindabella Ranges are visible on the western horizon in the photo below, and the fictitious town of Snowgum Creek is located on the other side of the Brindabella Ranges. It’s only a short drive south from Canberra, less than two hours, to the Snowy Mountains. 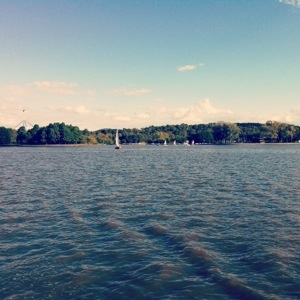 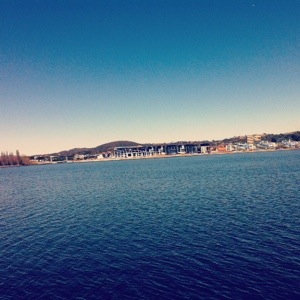 I hope you’ve enjoyed cruising around Lake Burley Griffin. Next week we’re going to explore one of my favourite places just outside of Canberra. Enjoy your weekend!